Metaverse became one of the hottest topics on the technology market in late 2021. According to Statista, 107 game apps and 103 finance apps have already mentioned the phrase “metaverse” in their names or descriptions, with other categories getting closer to 100. Then, what makes the idea of blurring the lines between the real world and virtual reality so popular now?

It happened mostly on the initiative of Mark Zuckerberg. He was keen on making metaverse a widely discussed issue at the international level, so he decided to rename his company. Have you heard about Facebook? It’s not the name anymore. Since October 28, 2021, it’s been called Meta officially.

That’s just the background of the fascinating story. The growing importance of metaverse leads to the desire to learn more about it. Another reason is that the idea is understood in a variety of ways among influential people on the market of technology. That’s why we come up with this article. You’re going to find out more about the origin of this phenomenon, its current position, and the most likely scenarios to happen in 2022. All to have foundations and necessary knowledge to create an independent opinion.

Metaverse – where does the name come from?

If you’re into science fiction literature, you may already know the origin of the term “metaverse”. It means “beyond the universe” and it was used for the first time in 1992 by Neal Stephenson in his cyberpunk novel Snow Crash. We see metaverse as an alternative world in which people are avatars that live extraordinary lives. The ways to create an avatar are diverse – they can display your face and physicality one to one, you can modify it, or they can be just regularly black and white. Everything depends on your will and asset.

Metaverse is bustling – there are continuous parties, concerts, festivals, and other cultural events. You can be included in some global initiatives, you can make deals with the richest and most influential people, you can hang out with pop culture icons, you can also be included in some violent crime, etc. To put it simply – your life, your choice. Anything can happen.

The idea became so powerful that we’ve seen many similar motives in later pop culture. Just to name a few:

As soon as you know where the whole idea comes from, you have a solid foundation to learn the modern definition of the metaverse.

What is the origin of the modern perception of metaverse?

The popular statement says that the metaverse could become a successor of the Internet. Currently, we make relationships with other online users through messaging platforms like Messenger, WhatsApp, Discord, etc. In the modern world, it may be not enough for us as trends suggest that we are willing to engage ourselves in virtual reality even more directly. That’s why avatars are becoming the best possible way to find people who share our worldview, communicate with them, and create unique bonds in an alternative reality. We enter the world that has been created especially for us.

The modern understanding of the metaverse is related to the community that has grown around video games like Fortnite, Roblox, or Minecraft. Let’s take the first one as an example. We can suppose that Epic Games didn’t have so high expectations before the release of their product. Fortnite was meant to be a classic survival battle royale game. However, it became a cultural phenomenon, with almost 300 mln people playing it at the beginning of 2022. We experience the situation in which virtual reality becomes a perfect place where we can hang out with our soulmates. Platforms also allow their users to attend cultural events such as live concerts in the alternative world. For example, the people who gather online on Roblox could participate in shows by Twenty One Pilots and David Guetta, while Fortnite users enjoyed Travis Scott and Ariana Grande.

Why Mark Zuckerberg turns his focus to metaverse?

We’ve come all the way with the metaverse – from the name origin to its modern foundations. But, the current view on it is a bit more complex. It was Mark Zuckerberg who made this term recognizable in public opinion. He is determined to make it a platform that satisfies our necessities of life at all levels, not only the entertainment. The perfect vision shows the metaverse as space with the vast majority of activities linked to work-life balance.

When we think about the work, the metaverse should provide us with workspaces and tools. By that, I mean for example the programming languages, management systems, text editors, applications to cover audio and video meetings, etc. In other words, the goal is to have constant access to a cloud-based mobile desk. All this to “sit at it” any time you want. 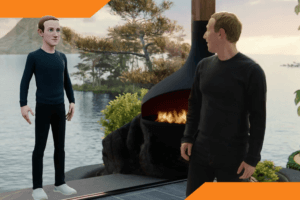 Zuckerberg claims that the COVID-19 pandemic has shown the true meaning of work comfort for the employee. He compared the engagement of his co-workers during the regular call and while they meet in virtual reality. According to him, a person has a stronger “sense of presence” while being in a metaverse. It can only lead to growth in both work satisfaction and productivity among employees. Another thing is that we’ve been somehow closed in our relatively small spaces, which leads us straight to the will of social existence in virtual reality.

Meta owner shared the 6 new values of his business in the post published on social media in February 2022. These are:

So, that’s the official statement about the benefits that can be brought to the business when it leans towards metaverse. The last one is the paraphrasis of the main principle of the US Navy – Ship, Shipmates, Self. It means the order of priorities during the work – first the company, then workmates, and then an employee himself. He indicates that all people hired by him are focused on working on the growth of Meta and respecting each other. No one puts himself above this goal as it may be a breakthrough in the technology world.

Another proof of Zuckerberg’s engagement in this project is the scale of his investment. In 2021 he spent $10 billion on Metaverse, which is approximately a quarter of his company’s annual revenues. And the business plan suggests that this won’t be changed any time soon – comparable funds are going to be invested in Meta in upcoming years.

How does the world respond to the growth of metaverse?

As soon as Zuckerberg revealed the plans for his company’s future, there appeared many voices that the metaverse shouldn’t be treated seriously. Some consider it a smokescreen that drags worldwide attention from the controversies that raised around Facebook in recent times. There is a huge concern that content published on Facebook may affect teenagers’ mental health as well as be an effective tool to spread misinformation and social polarization. The number of charges against Facebook and Zuckerberg influenced public opinion. According to Statista, more than half of Americans have a “somewhat unfavorable” or “very unfavorable” opinion about the Meta owner, while only 22% support him in some way. Therefore, the actual reasons for this Zuckerberg’s attitude remain unknown.

On the other hand, if we don’t judge him from the start, the potential results may facilitate our lives to an unprecedented level. Just imagine having both the work and entertainment side of your life stored in one place. You have permanent 3D access to them, you live and communicate with people from another side of the Earth like they were your neighbors. You work with your teammates in the 3D virtual office, you learn new skills in 3D online lessons, and after that, you relax by attending the 3D concert of your favorite artist. You jump from one place to another, you can organize your whole day there. 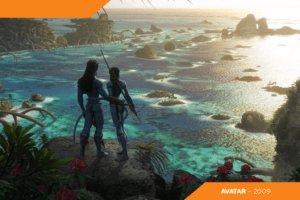 But again – there have been many voices about the lack of privacy we have as soon as we log into the Internet. As Zuckerberg describes the metaverse as “the next chapter of the Internet”, we can only guess what exactly hides behind the statement.

What do you think about the metaverse?

So, now you know the whole story behind the growing popularity of the metaverse. The motive from science fiction literature becomes real. It happens thanks to many platforms, with Meta seemingly at the lead. With the amount of money invested in it by Mark Zuckerberg, it is bound to be a breakthrough in the world of technology. However, there are still some doubts and insecurities around this trend, so it’s way too early to pass the judgment. We are yet to find undeniable answers to the questions in the title of the article. But you can surely form your own opinion about the initiative.

Is it moving in the right direction? Will it revolutionize our professional and private life? Or is it a plan to interfere in our life to the dangerous point? Or even more – is it worth a fuss considering the whole controversy around Facebook? Share your opinion in the comment section.

According to the survey conducted by Deloitte in 2020, digital transformation has a big impact on general business development. The highlighted areas...

We live in the times of Energy 4.0 - a digital transformation that allows the sector to become efficient, green, and better balanced in terms of its...

FinTech – the safety of financial apps and systems

One may see fintech as a revolutionary solution in the financial market. How about...